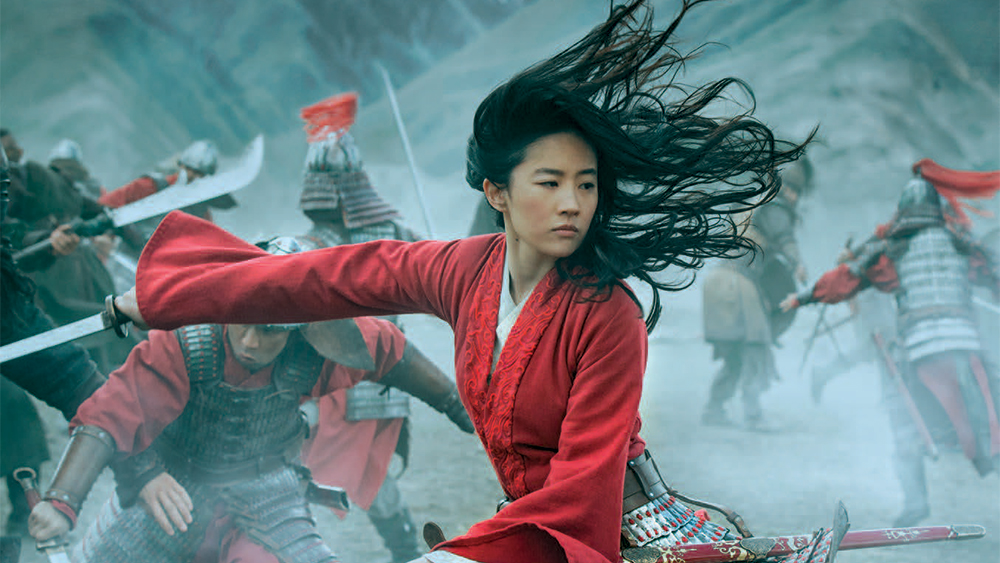 Disney’s ‘Mulan’ Remake Gives Its Folk Hero A Mythic Failure State, But Loses Much Of The Original’s Lyrical Soul

As someone who grew up wearing out my “Mulan” VHS tape – having seen the movie in theaters with my family and forcing my parents to endure my endless replaying/singing along to “I’ll Make A Man Out Of You” – I enjoyed many things about Disney’s new live-action remake, but it’s lacking much of the original soul found in the 1998 film. Niki Caro’s movie makes some sound decisions but still feels inevitably homogenized compared to the cathartic essence of their first film. Many costume and set design aspects are tremendous, but that only goes so far when the more romanticized lyricism is lost. The general framework largely resembles the ’98 movie, however many montages and key character moments simply never sing together like the ‘90s hit.

Caro’s movie does its best to honor the original film, and there components which show Disney is headed in a stronger direction when it comes to their retellings, but they still feel largely unnecessary in the grand scheme of things. It’s exciting that the folk legend (played by Liu Yifei) can now find its way into the hearts of a new generation, but at what point does copy and pasting a formula – whether it be rags to riches or the heroes’ journey – lose what made it resonant during the process of alteration? This question can very much apply to a work’s artistic aspirations as well. While “Mulan’s” wuxia inspired action is worth noting, featuring a few moments that will take your breath away (especially were they to play on the big screen), the framing can be frustratingly tight at points, opting to use the flow of cutting for staging impact as opposed to using the on-set space itself like the best Hong Kong films. Considering the plethora of great classics to pull from, it’s hard to not be a little let down by the big budget scale’s overall application in many respects. Moving camerawork in sparsely used, yet fantastic when incorporated into the design, so you’re left wondering why that wasn’t the aesthetic approach.

Bits are peppered in for martial arts cinema buffs to appreciate, but for every (admittingly appreciated) stunt decision, such as casting Cheng Pei-pei (“Come Drink With Me”) as the Matchmaker character, the film misses much of the textual and tonal complexity in translation. The implementation of “Reflection” into the score to make up for its absence, for example, is satisfying, but feels requisite, and something is lacking from both an emotionally resonant and shape-of-the-story side of things; without something like it, something expressing Mulan’s deepest insecurities outside hierarchical figures’ disapproving looks and threats of military expulsion. The same can be said for aspects like the training camp montage (full disclosure, my favorite scene/song in the original) losing much of the personality that made it so cheeky and gay (double meaning) in the first place, stretching out a rousing sequence of swelling empowerment into a brief plot arc. The tune, “A Girl Worth Fighting For” is then almost immediately rolled into the film as a conversational afterthought, as if it were just a check mark for audience appeasement; the bones of the narrative are always there in body but not in spirit.

The opening sequence of the movie actually more closely resembles another film from the tail end of the Disney Renaissance: “Hercules.” After displaying the untapped power of her chi and physical potential, Hua Mulan’s playful prowess reveals her prodigious talent, but her physical display also disrupts the entire community’s day-to-day dealings, and results in naught but disapproving finger wagging. “You forget she’s a daughter, not a son,” Mulan’s father, Hua Zhou (Tzi Ma) is told. Perhaps in an attempt to both stay somewhat faithful to the uplift fantasy, Disney-princess archetype, as well as allow the legendary figure at its center to take her place alongside other heroes of myth, Caro’s film opts to root its protagonist in humbler, peasant-like beginnings, excising her family’s spacious villa from the animated film, instead having the Hua family live amongst the rest of the townsfolk; the same as a farm boy like Luke Skywalker.

While this change may seem relatively minor, when paired with the movie’s other major divergence – the addition of a well-thought out female antagonist, Xian Lang (Gong Li), whose strengths and motives reflect Mulan’s own insecurities – it serves to reinforce the necessary reminder that young (Asian) girls simply don’t have the same number of prototypical role models (white) boys do. It also gives Mulan a legitimately fearsome failure state, and worthy adversary like Darth Vader or Voldemort, something that “strong female protagonists” – such as many of the MCU superheroines – are virtually never afforded, illuminating the oft illusory nature of corporate feminist representation. Xian Lang is Mulan’s Scar to her Simba, the Captain Hook to Peter Pan – the shadow that she could become – only both characters have experienced the same hate for who they are, for being women who dare display powerful abilities, being branded “witches” instead of “warriors” for their aptitude, mystical and otherwise. While Shan Yu from the 1998 film was effectively menacing, the original movie does not give its hero a true villainous foil in this sense (possibly because corporate Disney saw Mulan as a warrior princess and not a mythic hero then). The best thing about Disney’s new take on Mulan is how it corrects that, dauntlessly confronting the very concept of what is worth fighting for.