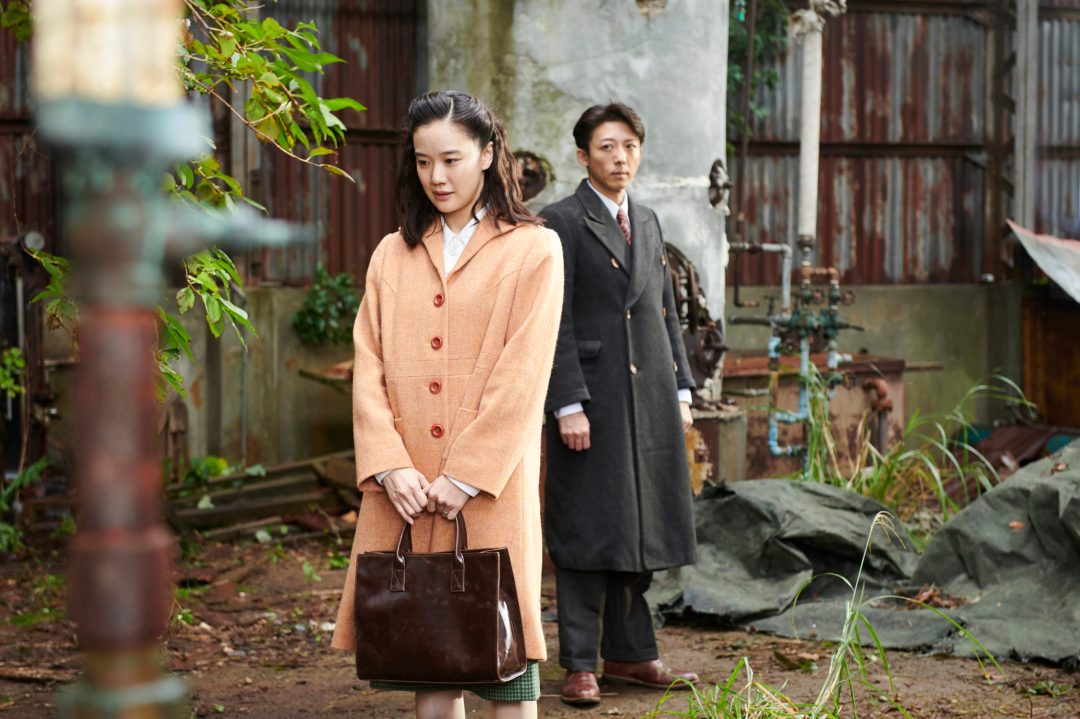 “People are going to have opinions. What’s normal to you may be offensive to others. We live in such times.”

Kiyoshi Kurosawa movies are never without their share of contemplative compositions, usually in which a deceptive amount of things are happening on screen. In the opening of his latest formalist exercise, “Wife of a Spy,” a white, well-fed appearing raw silk buyer is arrested for his potential political affiliations, soon leaving Kobe for Shanghai. Part “wrong person” espionage tale and part period romance, ‘Wife’ is the closest the revered Japanese horror auteur will likely ever come to making something resembling an Alfred Hitchcock movie, measured with the care and craft of a Kenji Mizoguchi classic.

Shooting with naturalistic temperatures, the way sunlight strikes the windows of professional environments and public transportation modes evokes the bleeding soft photography of Steven Soderbergh’s “The Knick.” Mise en scene is not only a key aesthetic part of Kurosawa’s latest but also woven into the fabric of its being. “You all wear Western clothes… drink foreign whiskey…” Taiji (Masahiro Higashide) disapprovingly finger wags to his childhood friend, Satoko (Yū Aoi), wife of Yūsaku (Issey Takahashi) who runs an import/export business.

When Yūsaku’s journey home from a business trip is delayed two weeks, Satoko reignites her old relationship with Taiji, a former childhood friend who is now a dutiful military official. When her husband finally does return home, a mysterious woman, Hyunri (Hiroko Kusakabe), is in tow. Her dead body is soon found floating in the ocean and Satoko starts suspecting Yūsaku may be a spy for the Allies.

Co-written by filmmaker Ryūsuke Hamaguchi (“Drive My Car,” “Wheel of Fortune and Fantasy”) and Tadashi Nohara, “Wife of a Spy,” was released as a television film in Japan, and it does have an air of compressed HBO historic miniseries to it. Economic in its staging (which Kurosawa usually is but artistic intent seems directly related to production cost here; not a value judgement) yet unwavering in its nuanced fortitude, “Wife of a Spy,” marvelously illustrates what a patient and careful filmmaker Kurosawa is. A prime example: one tip-toe tense sequence wherein Satoko stealthily makes her way to a locked safe, guarded by the shadow of a chess game. A maestro when it comes to deploying subtle doorstop scares, the period design elements of the narrative mesh invisibly with its character safe-cracking, and the palpable fear can be felt in almost every frame.

Interweaving artistic propaganda with the uncertainty of scientific terror, a sought after reel of film becomes the focal point of the movie, and the importance of cinema’s impact on the war can be seen all throughout. Satoko stars in a low-budget crime film produced by Nikkatsu, early seeds of government surveillance and the erasure of personal privacy ever-present as well. The border between what is physically presented vs what is spiritually felt reveals that but a phantom of Japan’s beating heart took precedence during wartime. Basic human kindness gives way to government assignment and the nature of power rears its terrible visage.

“Poverty dulls the wit,” Taiji has been conditioned to believe. Self-declaration and the agency of an individual action vs corrupt mandates of closed door bureaucracy exposes its necessity more and more for Satoko, whose hardened spine is done being handcuffed by national subterfuge.

Much like, “Pulse,” his apocalyptic vision of complete abandonment and torturous loneliness, Satoko finds herself backed into more and more corners, loyalty and bribery becoming contradictory things she comes to rely on, a formerly invisible house wife now a federal target. “My only wish is to be with you,” she says to Yūsaku, not knowing where his deceptions lie. Acting on what one perceives to be right becomes a complicated thing when total devastation looms over a wrong betrayal. What’s so haunting about Kurosawa’s latest is how prescribed order manifests itself into widespread fear. The more put together and surely sharp-witted a determined mind is, the more dangerous it becomes. When togetherness is taken, a farewell can turn to festering suspicion and a single wrong look can be seen as treason on a mass social scale.